1998 was the tenth anniversary of the first overseas trip of three intrepid owners driving to the Monte Carlo Grand Prix. The same three plus others met up once again on the French Riviera where a great time was had by all.

The Monday after the Grand Prix saw us getting up at the crack of dawn to drive 'spiritedly' around the circuit before too much traffic held us up. Partners were set up at strategic bends for the photo call whilst the rest donned white scarves (wired for speed), helmets and goggles and tried not to get arrested.

At breakfast we each parked our Ronart next to the luxurious yachts in Monte Carlo harbour. After the holiday several owners went their individual ways back, some via Spain and others via the vineyards of France.

This must have been quite a trip! However, the participants did cheat a bit - by going most of the way through France on high-speed train! 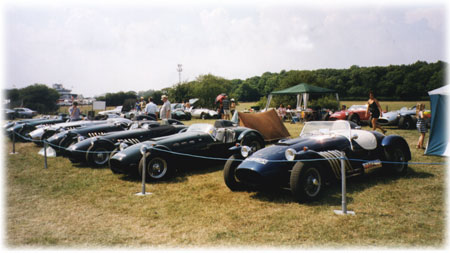 The star of the London Motor Show was undoubtedly the new Ronart Lightning, but for the real aficionadoes there was a magnificent factory-built W152 V12 which had a brand-new engine. 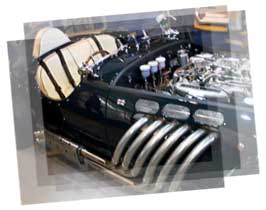 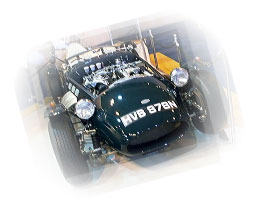 Several members turned up to the NEC to help the usual stalwarts at the best classic car show of the year. 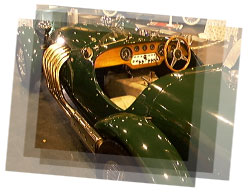 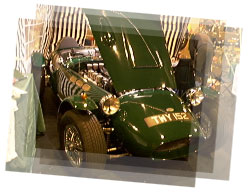 Actually the following was at Alexandra Palace. Note the alloy body shell and the nice colour scheme on the finished car. 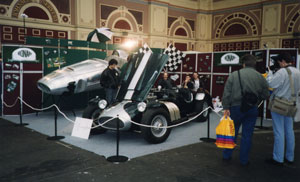 Seven days Ronarting in the breathtaking surroundings of the Rioja region of Northern Spain, and a mini-cruise.

We sailed out in the Pride of Bilbao from Portsmouth, landing in Northern Spain on Saturday morning; stayed at the most beautiful town in Spain, Santillano del Mar; drove through mountains and gorges with eagles swooping overhead; suffered the company of other like-minded Ronart owners; visited historic old towns and enjoyed the Spanish Tapas bars.

David Small organised a long week-end driving down to Laon and taking part in the memorable Circuit de Laon.

It was an eventful trip, with a wet Saturday, a good blast on a fine Sunday, with a typical sprinkling of mechanical events, all ultimately sorted by the usual ingenuity and persistence of our intrepid group.

Freddie Trodd's son Steve published a full chronicle of our exploits in the Club magazine "Humps & Pipes" recently, with many great pictures, so we will not repeat that here, but here is a picture gallery of some other views of the trip.

Biennially the Club organises a longer trip to the Continent in the early Summer. So Jacques and Christiane Grandjean proposed for us a 12-day tour of Corsica, with assistance from David Mansfield.

We took the train to Nice, then ferry to Corsica, and then explored the mountainous scenery making lots of noise. But the weather was exceptionally rainy and the roads rather unfriendly.

It was a very eventful tour, with a couple of major breakdowns, and the worst accident we have experienced on a tour. Barry Cannon's car had to be repatriated for significant repairs. But he hired a replacement and continued with the party.

Later, Wolfgang Doell organised a separate trip in August to the Nurburgring for the "Old Timer Grand Prix". Although the weather was very wet we had a superb blast around the Nordschliefe and also dropped in for a fantastic hour's spin around Spa.