Well, Arthur Wolstenholme (the designer) will tell you...

"It was conceived in 1981 following a visit to the Daimler-Benz museum in Stuttgart, Germany, and then it went into production in 1986. The cars that influenced the design of the road-legal W152 were the Mercedes W154/196, the Maserati 250F, the Vanwall, and the HWM Jaguars of the time. Continual development has resulted in what the Press and owners consider to be the closest interpretation of a typical racing car of the 1940's/1950's."

The Official Photo This prototype, Chassis No. 001, is the one you might have test driven if you visited the factory in Peterborough.

"It is a serious piece of machinery designed for Jaguar lovers (Mk.I & Mk.II Jag-powered versions) who want to feel the wind in their hair. The styling leaves everything else for dead."

The Ronart W152 is a British, hand-built, high-performance two-seater sports/racing car suitable for use on road or track. It reproduces the classic style of the front-engined Grand Prix cars, and combines today's performance with reliability, safety and advanced composite materials. It is supplied fully built by the factory but has also been available in the past in component-form for the enthusiast to build at home.

The original chassis design and fabrication was entrusted to Spyder Engineering, a company highly acclaimed for its association with Lotus Cars and racing activities since the 1960's. The Mk.II was announced in 1997 and from then on the chassis was built at Ronart Cars. This chassis is a multi-tubular backbone spaceframe which is sandblasted and primed with self-etching primer which bonds the paint firmly to the bare metal surface. A coating of enamel is applied and baked, to give a hard and durable finish. The bottom-line is that it just doesn't corrode. 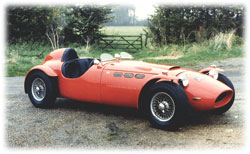 Chassis No. 002 The first production car built by Patrick Smith in 1987. Exhibited at the NEC Classic Car Show 1988. 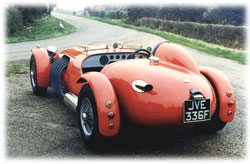 A MkI once owned by Mike Kanter 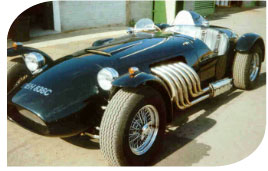 The body was available in a choice of 3 material options -

The donor car for most of the other bits and pieces (Mk.I & Mk.II models) was typically a Jaguar Series II XJ6 which could be acquired for a few hundred pounds. This provides the suspension (front & back), gearbox, brakes, instruments, etc.

To read some more about the early years, including an interesting advert, and an illustrated review of the W152 Mark I by David Hill of Component Car Magazine click here.

Well, the performance is adequate, but if you are influenced by these things, 0-60 in about 6 seconds (XK Straight Six), and a top-end dependent upon engine, gearing, and what your face can bear. 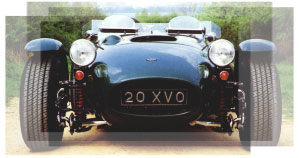 Click HERE to view a movie of the TV programme.